Learn The 6 – Part Flow Strategy to get more bookings.

When people ask what I do for a living, I say…

About Talia Toms, I’m an actress, and I help actors get into a flow and attract more bookings – living a healthy, balanced, and fulfilling life while building their acting career.

As an actor in LA, I’ve had the honor and joy of appearing in a number of commercials, on the big screen, as a co-star on new hit shows, and recurring along side some of Hollywood’s award winning actors.

A personal note about me…

When I’m not auditioning, on set, or coaching actors, you can catch me hanging out with my husband, family and friends, watching addictive shows like Scandal, Empire, Grey’s Anatomy, and General Hospital, treating myself to a healthy dessert to celebrate a role offer, or planning an inspiring trip out of the country to live life up to the fullest.

What Inspired The Actor’s Flow…

Short version? I was a rebel against the idea of having to have a Plan B.

Because I was gonna make it damn it!

And, the for-realz version…
Pursuing an acting career – while it can light up your life in an instant and keep you coming back for more, it can also bring you to your knees to question if you’ll ever make it, have you question all your greatness and your purpose, while bringing up every ounce of insecurity you’ve ever had.

You find yourself accepting – and even taking pride in – the way of the starving artist lifestyle, wearing it as some badge of honor because you’re determined to make it.  And then struggle with constantly fumbling over the realization that you’re barely paying your bills, always looking for a job that’s flexible and doesn’t suck too much, choosing headshots and classes over health insurance, and for most – like myself, putting the importance of your health on the back burner.  And the list goes on and on.

Actor to actor, does any of that ring true?

I got to a place where enough was enough, and I decided that pursuing an acting career would no longer come before my own well being – physically, mentally, emotionally, spiritually, or financially.

Becoming a working actor – was no longer more important than who I was becoming as a person.

I realized accepting the “actor’s life”, I as a person, separate from acting was falling short in my actual life. I was struggling on many levels. Financially alone, I couldn’t find a steady job to save my life especially when the economy took a turn in 2008.

In hindsight it was not cute living in an apartment with my bed in the living room partitioned off from the kitchen to create a bedroom because that’s all I could afford.

And oh how my self-esteem began spiraling down – killing all confidence and light for me to shine in the audition room. Ooooh, no wonder I wasn’t booking. 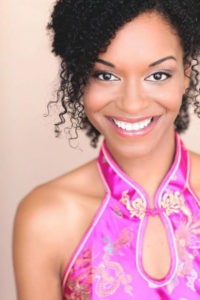 The day I woke up with a reality check was when my state of health began to decline; constantly feeling tired and noticing inflammation in my legs. A doctor told me that my blood pressure was too high and that I would need to start taking medication. I knew right then and there that getting my health back on track needed to be my number one priority.

And after the award winning performance I gave in the unemployment office(real life, not scripted) because I had to fight for a small amount of income I earned(they held my check for a month) – deep down I knew I was better than that.  And as I left, walking away, I began to feel a strong sense of dignity and said, “I am done.”

To be clear, I was NOT done with pursuing an acting career for that was still in my heart and soul, but I was done with how I was going about it, always putting it first and so easily getting caught up in the rat race of survival while trying to make it.

I had to face the truth – that I was slowly being stripped away from who I knew myself to be – responsible with money decisions, eating healthy, and feeling happy and secure from the inside out.

Simply put, I was putting the pursuit of my acting career before my own well-being.

How I began to turn things around…

While the words plan B and starving artist never sat right with me, I fell upon what I call a complimentary passion – one that feeds my soul, gives me an additional sense of purpose, and provides a more freeing and abundant way of living.

Ironically, while working on set as an extra, I met an actress who introduced me to my complimentary career – as a health and fitness coach.

The opportunity was a win win. I now had a way to get my health on track while helping others do the same. You see, when the Dr. told me there was no way I was going to bring my blood pressure down 40 points, I told him, “Give me a month.”

After partnering with Beachbody(link to coach opp pg), I started working out to an at-home fitness program, along with drinking Shakeology(link), my go-to superfoods meal. This is when the light went off for me on how to truly live a healthy lifestyle. I had found my be-healthy go-to weapons.

One month later – my blood pressure was down exactly 40 points, just like I told the Dr. – boom!

When I help others improve their health – how they looked and felt, and my fave – how they feel about themselves again, my soul lights up with joy and a honorable sense of purpose. It never fails, my heart fills up when I receive unexpected emails from clients sharing how much I have made a difference in their life.

I found myself and my acting career again…

My complimentary passion not only taught me about how to implement living a healthy lifestyle, I have also learned about the importance of committing to personal development to grow as a person. This is how I began to feel empowered, tapping into who I was and what I was capable of all over again.

I have found and believe if you allow yourself to, you can find yourself again in the words and teachings of others.

I began to grow into a more confident, healthy, and positive-minded person and in return becoming fulfilled spiritually, physically, mentally, emotionally, and financially.

And finding the balance between running a small online fitness biz, showing up for an occasional promotional job, pursuing an acting career, putting a strong focus on my spirituality and personal development, while being present in my personal life – my life began to flow together as one.

The magic began to happen for my acting career, I began to attract more acting opportunities, was able to let go of a number of side jobs that I dreaded showing up to, and was able to start putting together my life as a whole.

I found my flow.

As an aspiring actor like you who is pursuing their acting career, it is that feeling of peace and state of being that inspired The Actor’s Flow.

How The Actor’s Flow will help you…

While I don’t consider myself an expert, as an actor just like you, I’ve learned some helpful tips and tools along the way to enhance my life and career and found a flow to live a healthier, happier, more balanced lifestyle that helped me go from struggling actor to becoming a working one.

Here, I’ll share tips on how to find your flow, personal actor insights along my journey, health and fitness tips, healthy recipes, tips on creating financial freedom – putting an end to the jobs that suck the life out of you, tips on how to elevate your inner well-being, and how to attract bookings to flow to you.

I LOVE inspiring actors to take action. To step out of their comfort zones and create an abundant lifestyle that supports their acting careers in ALL areas – spiritually, emotionally, physically, professionally, and financially to gloriously get booked.

To share with you how to get in the flow and get booked while relaxing in what IS – along your amazing journey.

Random City.  10 things you may not know about me…

Ready to get in the flow and get booked?

Head on over here so you can start flowin’ and bookin’ to your heart’s content.